The Night the Moon Split – Illustrated by Absar Kazmi

Here are some sample illustrations from the brand new book ‘The Night the Moon Split’ from IIPH: 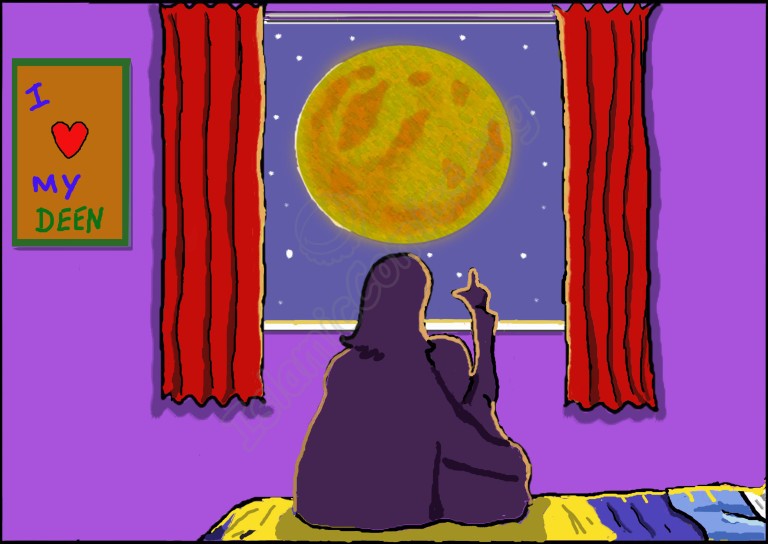 Rami’s Mother Tells Him about the Moon 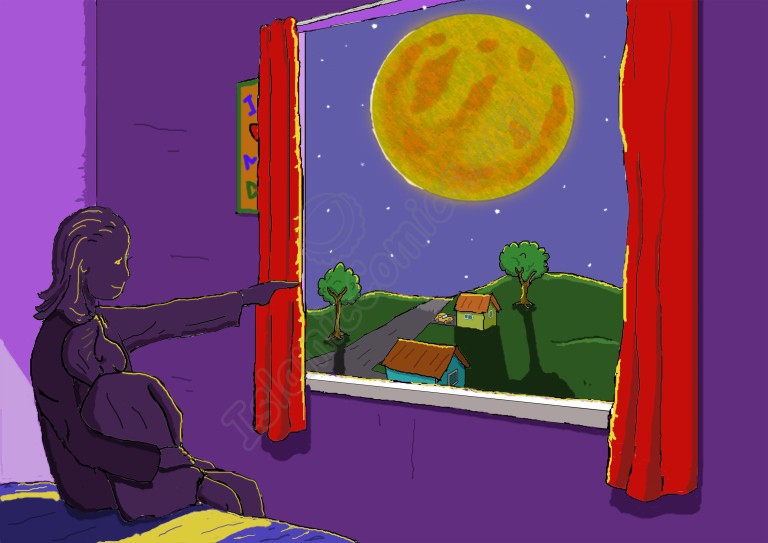 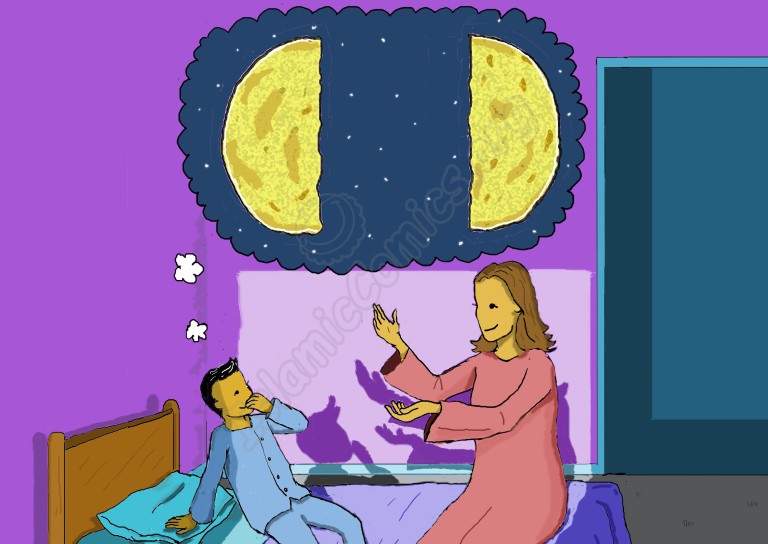 Rami’s mother tells him that on one occasion, Allah (SWT) allowed the Prophet Muhammad (SAW) to split the moon in two

The Arabs were demanding Miracles like the Miracles of Musa (AS), Isa (AS) & Sauleh (AS) 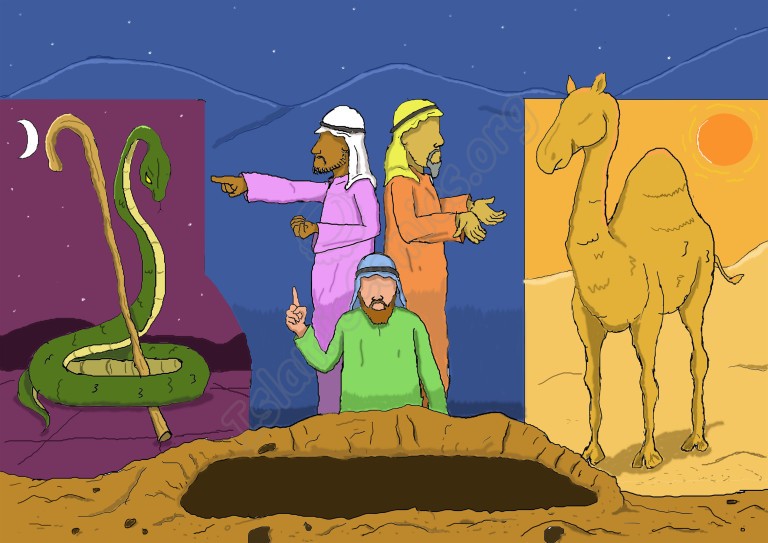 The Arabs demand that Rasool Allah (SAW) give them a miracle like the prophets of old: Musa (AS), Isa (AS), or Saleh (AS)

We will Never Believe in You Until… 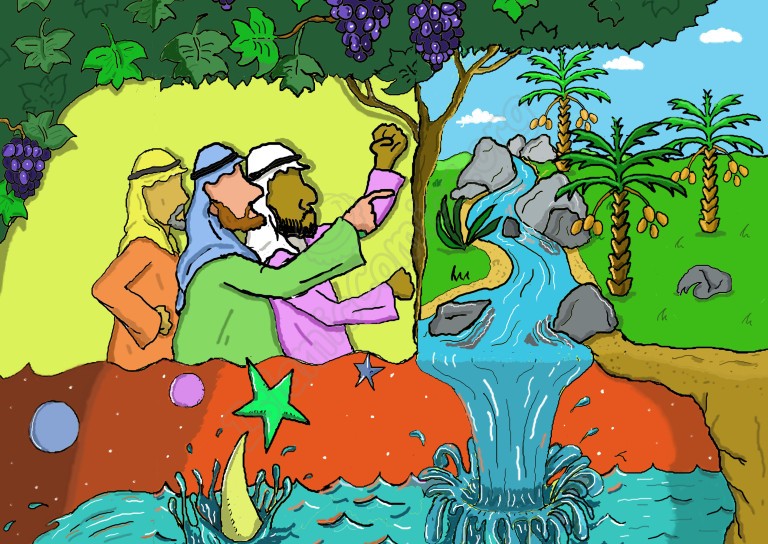 The Arabs tell Rasool Allah (SAW) that they will not believe until he shows them miracles like a spring gushing forth, or a garden of grapevines and dates or unless he causes the sky to fall to pieces

After the Moon Split the Arabs Question Travelers from the Desert 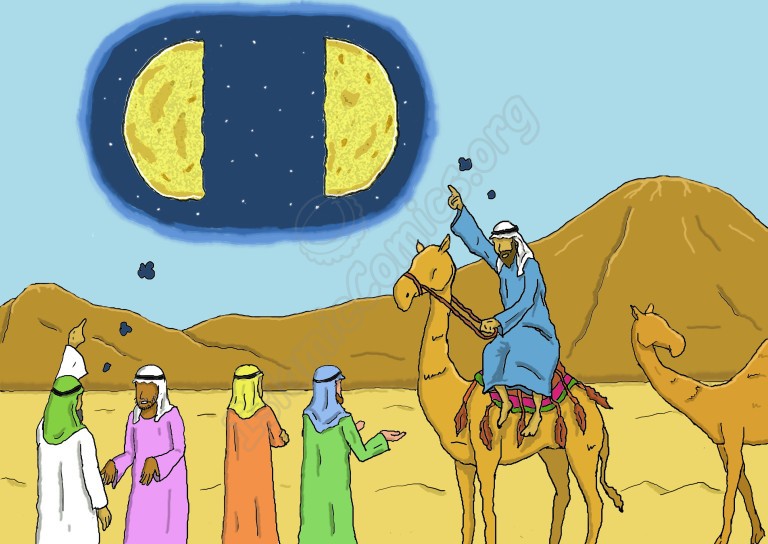 Did an Indian King see the Miracle of the Moon Splitting? 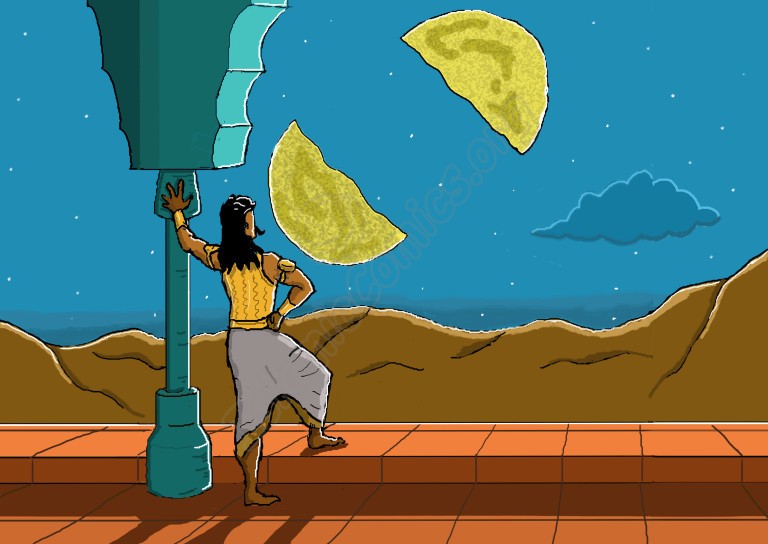 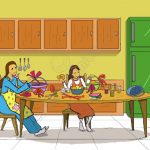 Jamal’s Bad-Time Tale – My Own Book! 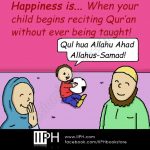 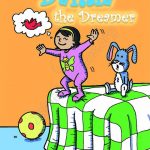